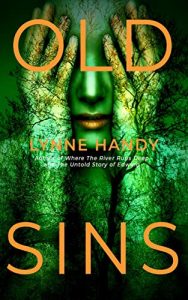 Battered by her archeologist lover’s betrayal, poet Maria Pell flees to an Irish village to study prehistoric people and write her next volume of poetry, but her sanctuary is invaded first by her moody cousin and then by her Togolese lover who unexpectedly show up on her doorstep. When the discovery of a girl’s body on a rocky shore reawakens Maria’s devastating childhood memory of finding a dead baby floating in a stream, her days become haunted by this child’s death. As teenage girls disappear, villagers are terrified that sex-traffickers are targeting their community. With crimes to be solved, both past and present, Maria risks her life to bring the perpetrators to justice.

“In the summer of 1988 when I was ten, I found a baby girl caught in the cattails of a stream running through my parents’ property. At first, I thought she was another baby Moses waiting to be discovered in the bulrushes. It was when I knelt to free her from the fronds that I saw her ashen face, her vacant eyes, and knew she was dead. I see it all in slow motion now: I, in a yellow sundress, scrambling to my feet, knowing something was horribly wrong that a baby had been thrown in the creek. I ran toward my house crying, “There’s a dead baby in the creek!”

KIRKUS REVIEWS: “The author deftly creates an atmosphere of dark mystery, a grim, menacing uncertainty that permeates the moody novel.  … the story is ingenious and unpredictable and makes for a gripping drama.”

THE INDIE READER REVIEW: “Lynne Handy’s OLD SINS is a well-written mystery, unique in its content and intriguing in a plot progression that is laced with clues and twists. Handy is a master at creating suspense through controlled release of information, keeping readers turning the pages and eager to find out what happens next.”

MIDWEST BOOK REVIEW: “Lynne Handy creates a tale replete with satisfyingly complex twists and turns, peppering Maria’s adventure with finely-wrought tension and description that brings her world and its threats to life. As kidnappings, too many close calls, and Maria’s own motivation for resolving not just these cases, but events from her own past, coalesce, readers receive a powerful mystery steeped in Irish culture and psychological challenges. The result is a fine mystery that’s exceptional in its sense of place. It builds the foundations of a fine foray into writer’s blocks, murder, and high drama surrounding characters whose sense of “wild justice” threatens their lives.” ~ D. Donovan, Senior Reviewer

PUBLISHERS’ WEEKLY BOOKLIFE REVIEW: “In the polished third of her Maria Pell mystery series (after Where the River Runs Deep), former librarian Handy spins a tale that could be ripped from today’s headlines: sex trafficking of young women. After her archaeologist boyfriend Mathieu cheats on her, psychic poet Maria Pell travels from Indiana to Coomara, Ireland, to write her next book—and finds herself thrust headlong into the case of the murder of local teenager Bridget Vale. It’s not the first time Maria has been involved with a murder: as a ten-year-old, she found a dead baby girl in a local stream, and it’s haunted her ever since.

Handy’s engaging mystery will enchant established genre fans and entice new followers into Maria’s world and to Ireland itself, which comes to convincing life. As Maria and local law enforcement search for clues, the town faces a rash of kidnappings, all young girls intended to be trafficked—and when someone starts shooting at Maria, she realizes that the culprit isn’t afraid to kill to keep secrets. Handy’s training as a librarian is evident in her detailed research not only about Ireland and human trafficking, but also archaeology, botany, and druid history, adding layers of interest and authenticity. Colorful supporting characters, such as purported witch Deirdre O’Malley, town gossip Judy Moriarity, and Maria’s inscrutable cousin Elizabeth ably underpin the narrative.

Handy’s classic Christie-style heroine is plucky and determined, and the plotting is taut, suspenseful, and always surprising even as it hits its genre marks. The various storylines are tied up in a shocking finale that outs the mastermind behind the abductions, in the process shedding new light on the dead baby Maria found years earlier. The novel’s title is a sly reference to the concept of sins of the father and captures the emotions behind long-held grudges, leaving readers to wonder what Maria Pell will be up to in the future.”

Maria Pell once again finds her new home ominously plagued by death, which then draws her into the tangle of solving a spreading cliffside mystery. Despite being focused on summoning new words and poetic emotions in a much-needed cottage escape, Maria is pulled into the murder of a young woman, Bridget, which dredges up her own past trauma of discovering “Baby Doe.” What follows is an investigation of coincidence and diligence that would make Miss Marple proud, albeit with some paranormal flourishes that artfully drag readers along a riveting trail of clues.  …the horrific realities of the subject matter being explored here – sex trafficking, as well as generally abusive behavior by men – are fearlessly put under the author’s incisive spotlight. Blending the themes of Pell’s emotionally vulnerable state with her maternal instinct to protect the young women of Coomara gives this sharply penned thriller perennial relevance, for a dark but engrossing Irish mystery.”

“Old Sins, featuring poet and amateur sleuth Maria Pell, grabs you from the first page and doesn’t let go. Exceptionally well plotted, the book’s mysteries and crimes—both old and new—weave together in intricate and unexpected ways. The author builds a creative cast of characters that will have you guessing as to the real culprits as murder, kidnapping, sex-trafficking and more have the small Irish coastal town on high alert. This setting along with the influence of Celtic myth, archaeology, ancient religions, and Maria’s haunting memories provide a rich backdrop for her sleuthing activities and the danger she faces. A satisfying, well-written mystery you won’t be able to put down!” ~ Valerie Biel, author of the award-winning Circle of Nine series